How to Identify Fake Sports Autographs 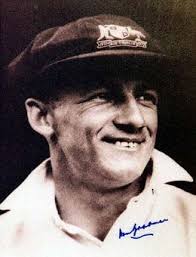 The origins of the autograph

An autograph may be defined as “any manuscript handwritten by its author; a handwritten signature especially the signature of a famous or admired person.

The origins of hand signed autographs can be traced back to sixth century ancient Greece however none survive from this period, in fact The earliest autograph, signature of a famous person is probably the Spanish national hero and military leader El Cid  dated 1096 three years before his death.

.Autographs of most of the great Renaissance figures, including Leonardo da Vinci, Michelangelo, and Ariosto. Still exist however autograph material was to become more prevalent during the 18th century with examples such as George Washington president of the USA or the composer Mozart’s manuscripts.

A signed letter is more desirable than an autograph as usually the letter contains aspects of the person’s life and work which is why they are so collectible.

The hobby of collecting Sports autographs is known as philography

Autograph collation is an ever popular and rewarding occupation for the professional and amateur alike, the objective being to aspire to obtaining complete sets from each area of their subject in the case of say cricket collectables the 1948 Ashes series, the ink autographs of both England and Australians teams on one official programme, bat or scorecard used at the event would be more desirable than a mismatch.

Is it a genuine autograph?

There are numerous forged autographs for sale all over the world not least on the internet and it is a case of buyer beware.

Rare autograph collectors often request from the vendor certificates of authenticity, it stands to reason that if the seller of a forged item is offering a COA that the certificate is also worthless. It is not a good idea to rely on either guarantees or certificates.

If a purchaser decides to accept a certificate of authenticity they should ensure that it contains full contact details, dates, venues, and verifiable reputable organisations of which the vendor is responsible to, these details should be followed up with the named organisation.

PADA, the UACC and AFTAL publish websites from where you can check a listed dealer’s credibility.

Ascertaining the validity of a carefully crafted fake autograph is a complex matter which is almost impossible for the amateur and the results cannot always be definitive even when a professional opinion is requested.

One basic method used by unscrupulous vendors is the reprint. This is a photocopy of an actual autographed photo, usually printed from a home computer on to photographic copying paper, this should be declared as a reprint or as preprinted, it is not an authentic autograph and is pretty worthless unless an existing photo has been autographed later onto the outside surface.

More sophisticated forgers will target a certain era say the 1880s they will use blank pages from books of the same period, then having researched and recreated the inks used at that time they will endeavor to create the replica autograph now using the correct materials, obviously if the copywriting is well researched and applied it is very difficult to detect by an autograph expert but not so by a forensic technician, the technician will be able to age the paper and ink and also to date the document  even when accelerated ageing has taken place.

Collectors should be careful of rare autographs which may be found on a small piece of card when the bogus card is attached to an authentic piece of memorabilia.

Frequently secretaries will sign autograph material on behalf of the celebrity creating what is known as a proxy signature. Fortunately, it is often well publicized that this is a trait of that particular subject.

A number of famous people including American presidents Andrew Johnson, Woodrow Wilson and Theodore Roosevelt have in the past convincingly rubber-stamped their “signatures “the result would not be considered a collectible.

Seek out a genuine example of the signature from internet comparison sites and use this as your datum point. The main criteria are to know what the signature looks like.

Move the underside of your wrist or finger over the paper and expect to feel a slight irregularity when you touch the outline of the signature, examine the signature with a magnifying glass (+10) and search for any rising in the area of the signature. If you cannot determine the texture of the raised ink above surface of the paper it is likely to be a copy.

Compare the autograph with your example, turn the page at 90 degree angle and examine the autographs, then at 180 degrees, doing this  will show a different perspective of the writing comparison, anomalies will stand out and be easier to spot.

Autographs which are mechanically created are identified by their smoothness and uniform ink deposit throughout the signature. A genuine pen hand signed autograph will show under magnification, a different diameter of stroke, the rate of the wet ink flow as the nib angles, scratch marks, clear areas within the stroke, and the continuous flow of the pen over the paper. A stop and start movement within a stroke would show a hesitant copying technique, you must see that the line flow is uninterrupted and the pen stays mainly on the paper if it is interrupted it will show in stroke breaks.

Comparison of pen lifts which are absent from the genuine subject is a sure-fire method to determine a fake, these are typical of a forgery in which the writer pauses to check his handiwork.

Look for a lack of feathered beginning and ending strokes, a fake will tend to have blunt stops and starts.

When a nib pen is used expect to see light hairline upstrokes and heavy shaded down stokes in a genuine signature, this will not be so noticeable if a ballpoint pen is used

Consider the time factors if for example an autograph dated around 1950 is signed with a felt pen it is a fake as felt pens did not exist at this time and the autograph should be signed in ink or pencil. The Papermate flair felt tip was not manufactured until the early ‘60s, commercial ballpoint pens became available in 1943 and so on. Research is the key.

Signed sports memorabilia such as a football shirt or cricket cap can be hard to assess as the ink tends to soak into the fabric giving a smudge like appearance which is difficult to validate, the only way to be sure is to be there at the signing or rely on provenance from a reputable dealer.

If the asking price for an item of sports memorabilia is way below a realistic valuation don’t bother purchasing as it’s probably a fake.

The more signatures there are on a piece, the more mistakes there are to spot. Compare an autograph sheet with half a dozen genuine signatures with one containing fakes and it easy to spot the real ones.

Consider the characteristics of the period the autograph purports to belong to, examine the paper used, does the magnified makeup match the type used in that era. The specification of the paper may give valuable clues as to the approximate age parameters of the autograph.

Since biblical times vellum or parchment was the type of paper in use this changed around 1850 to the use of wood, cotton or linen pulp, so if you are lucky enough to have the autograph of William Pitt (died 1806) it should be signed on vellum type of paper, Charles Dickens (died 1870) could be either or Alfred Tennyson (died 1892) most probably signed on a wood pulp type paper.

Don’t forget that paper can be matched using cut out pages from writings of a similar time.

Examine ink colour, does the makeup under magnification match the characteristics of the period, iron gall ink was popular from about the 12th century up until new technologies made it obsolete around 1850,  this ink is bluish black, over time it fades to dull brown. It is a corrosive ink and over time can damage the paper it is used on. Since the early 1900s Indian ink (carbon) has become the popular one manufactured in a range of colours.

Micro-spectrophotometry is a non-destructive method of analysing ink using ultraviolet of infrared light, the spectrum of the ink on the document can be compared with a range of standard inks, this can authentic the ink but not the author. However, it does narrow things down and makes for a more informed decision.

Never ever enter a private auction sale; always look for transparency on the internet